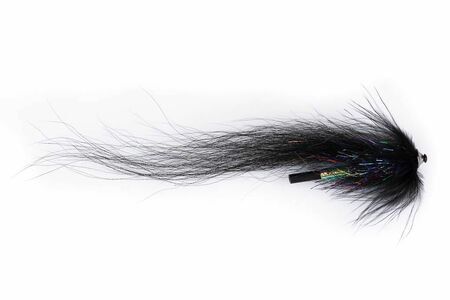 It was Brooks whom invented one of the all-time classic salmon flies, the Sunray Shadow. These simple yet brilliant flies, with their sleek long wing, can be fished in so many ways from on the surface to down near the bottom; they can be fished at the speed of the current or stripped; they catch fish at all water heights on rivers all over the world – true classics.

The idea behind Samurai is that the dubbed body and turbo cone combined with a soft hackle give the fly a stunning profile and a movement that is very attractive to salmon. The profile, like the Sunday shadow, is long and narrow while the addition of the turbo cone moves water and makes the fly pulse. After just one season they have taken fish on many, many rivers and the original, simple design has spawned numerous colour variants. Yet it is the simple classic designs that is the real key to its success.