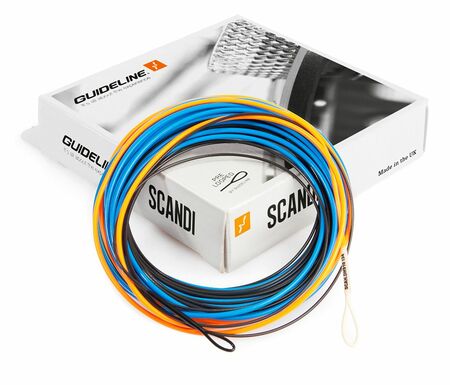 Completing the range of Guideline shooting heads, the SCANDI Lines fill the gap between the Compact and the Skagit lines perfectly. These Shooting Heads are developed based on the successful Compact tapers, but have longer head lengths to suit fishing in medium to large rivers and also to work even better with longer rods. They feature the efficient Triple-D concept with three densities that create better line control and lift off from the water.

When Power Taper shooting heads were introduced, more than ten years ago, Guideline proved that a good flyline is capable of making flyfishing and above all, vasting a lot more fun, simple and effective. Suddenly pure beginners managed to get the fly a long way out there and difficult tasks, suddenly became “a piece of cake”. Experienced flyfishermen just loved it and in no time at all these were the lines on everyone’s lips (and rods as well). Power Taper has been the model for most shooting heads on the market today, no wonder Power Tapers are the most sold shooting heads in the world.

Goooooing DOWN! This is the fastest sinking line Guideline makes. It replaces the popular Short Cut lines that featured a very fast sinking 6/7 line in the range. Thin profile helps it cut fast and efficiently though the water and take your fly down right to the nose of fish that lie deep and won’t come up to take a fly. Sinks at 4,5 seconds per meter.